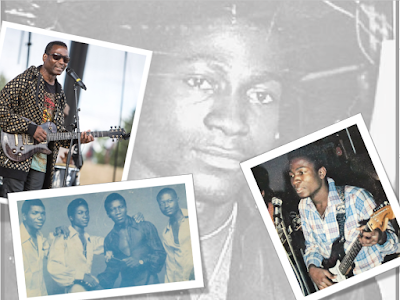 Toto Guillaume: Master & Mystery
It’s almost impossible to speak about Makossa without mentioning the name of Toto Guillaume. Whether it is as guitarist, songwriter, arranger or as producer, his name is strong connected with four decades of Makossa history. Every Makossa aficionado will admit his role as key figure in the development of Makossa, but at the same time Toguy has always remained a mystery for his many fans. He never speaks to the media and apart from a clip of his hit song Dibena on CTV dating from 1985, one will find nothing about the man on internet. 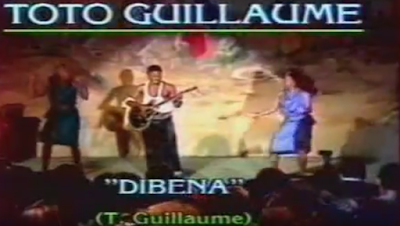 ♫ 1981 - Dibena (CTV)
The legendary discretion of this man comes from a distance. According to one of his childhood friends Dina Bell, in the early 1970s Guillaume Toto Nkake was already an elusive boy: "He lived with us at the time of the Black Styl. I often accompanied him to the Davoum Bar where the group was performing. He did not like to hang out after playing. He was much calmer than I was. "


Even at the height of his notoriety, while stacking the tubes with the Black Styl or solo ("Dibena", "Nguila Nyama", "Ngon'a Ndongo", "Isokoloko", "Songa la Modi" O si banga mba "," Elimbi na ngomo "," Na sengi miano "), Toto Guillaume was not a man to put himself in the foreground.  No trace of an interview in the dailies and weeklies of the years 1970 and 1980.
Toto Guillaume started to play guitar as schoolboy. He played in several school bands before joining the legendary Black Styls in 1972. The next year Toto Guillaume writes a letter to Sono Disc in Paris, with the question if the company is interested in recording some of there songs. Sono Disc agrees and at the end of 1973 they record eight songs. The company chooses the songs ‘Na bolone ndol a ngo’ ('Francoise'), written by Toto Guillaume and 'Ndutu', a song by Nkotti Francois as the A and B-side of the Black Styls first 45 rpm single. The single becomes a big hit in Cameroon and within a year the group scores again with 'O sambo'. In 1977, at the height of their success, Toto Guillaume quits the band and leaves to France to study music at the conservatory of Paris. 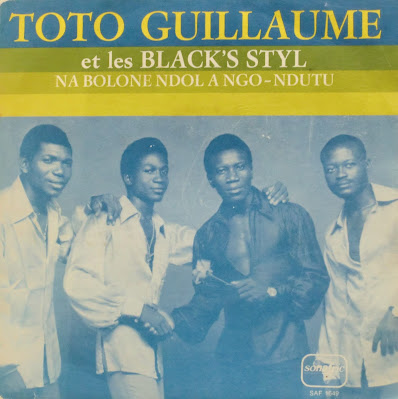 ♫ 1977: Francoise
During the years that followed, Toto Guillaume developed himself as one of the key figures behind the success of Makossa during the 80's. The first Makossa wave with artists like Dina Bell, Joe Mboule, Jacky Ndoumbe and Pierre de Moussy, immediately followed by a second wave among who Douleur, Jr. Nelson, Charly Nelle and Jean Claude Mbimbe etc, all used Toguys skills as musician, arranger and producer.
Together with Aladji Toure, Toto Guillaume became the ‘captain’ of the Paris based group of talented instrumentalists who were nicknamed “the national team” of Makossa. In those 80’s and early 90’s their contribution to a production was regarded as a guarantee for success.
♫ 1981: Mba na na e
♫ 1985: Elimbi na ngomo
Today he is less present as arranger/producer compared to the 80's and 90's. But he is still able to 'deliver the goods' as we for example can hear on Eriko's album 'Baby palaba' from 2011.
♫ 2011: Eriko – Aīcha (Toto Guillaume – arrangement) 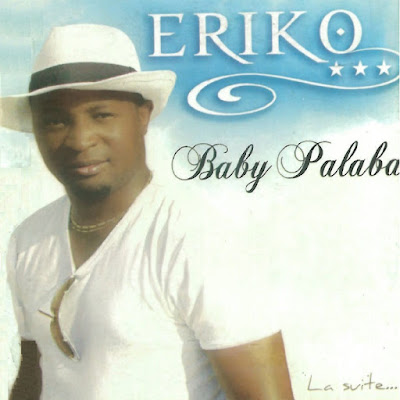 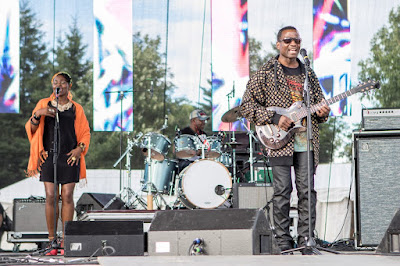 Back on stage in 2015
Last year Toguy surprised us with his come back on stage. Last summer he appeared on several festivals in Canada and in November he gave his first live performance in 20 years in Douala during the Makossa Festival (Festmak). During the closing ceremony, the one who is considered the "captain of the Makossa national team", received a trophy from the Governor of the Littoral Region. "I would like to tell our brother that he is the indomitable Lion of Makossa," said Dieudonné Ivaha Diboua, handing the trophy to the artist. 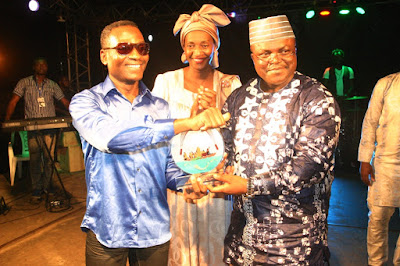 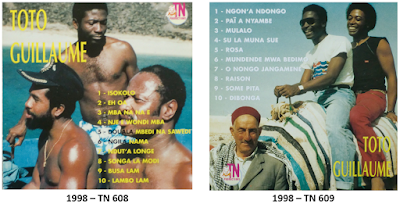 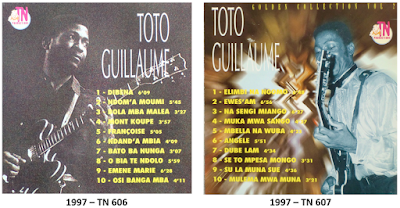 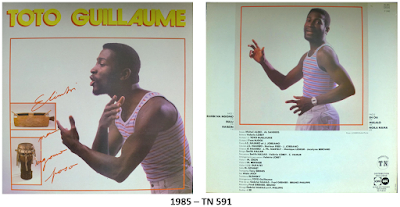 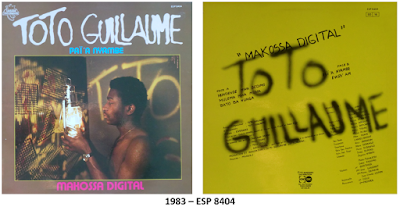 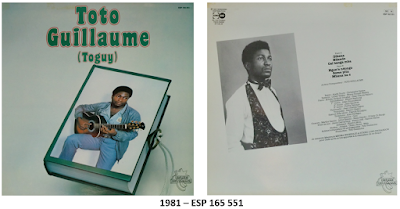 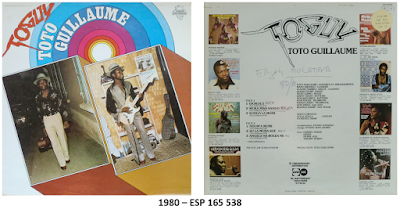 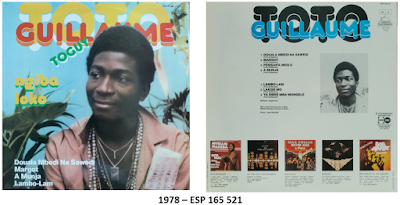 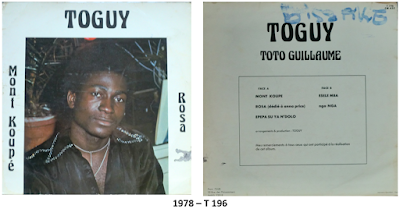 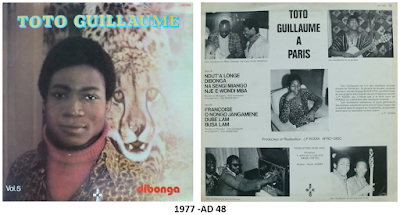 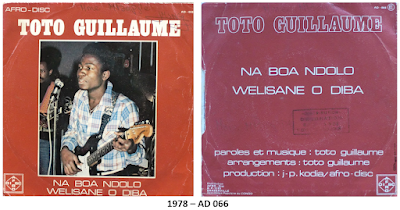 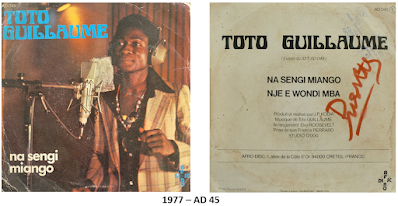 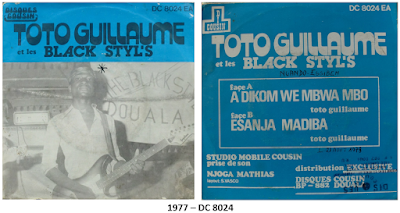 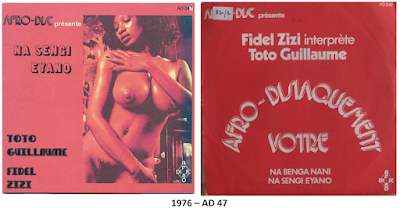 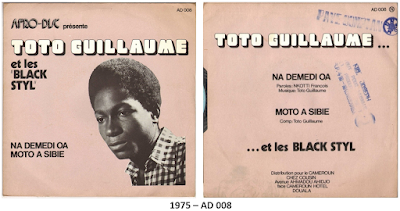 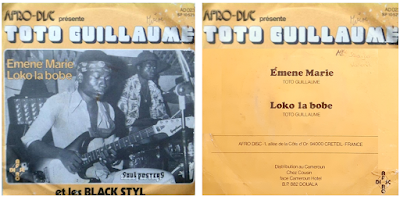 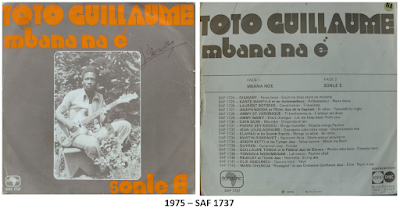 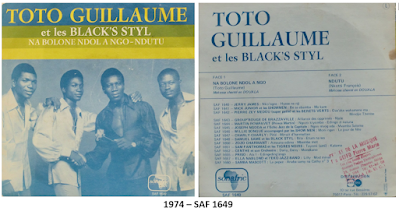