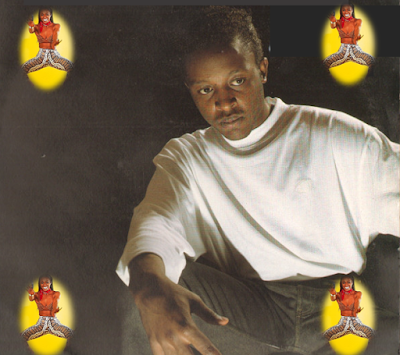 As the son of a school director and a teacher, it was not obvious that Edgar would become a musician. But blood is thicker than water and he eventually chose the music. In the early 90s, he made his debut with the album 'Ca demenage', sung largely in French, an album of up-tempo Makossa/Zouk songs, larded with spicy  guitar lines by Lokassa Ya Mbongo and Toto Guillaume.

In the years that followed, Edgar Yonkeu developed into an all-round musician, arranger and producer with a preference for highly danceable productions on which solo artists from various Francophone Africa collaborated. Despite the ecletic character of his music, a strong Makossa influence can be recognised in many of his songs. Reason enough to give Edgar Yonkeu a place on this blog. 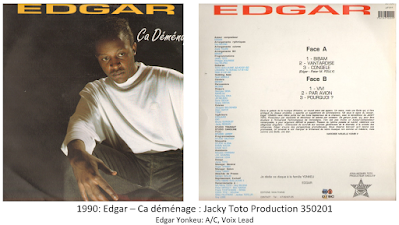 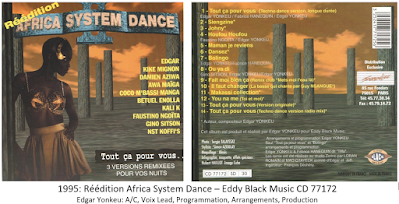 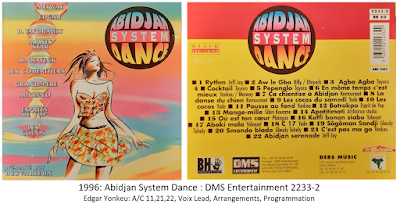 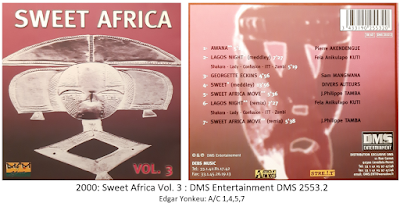 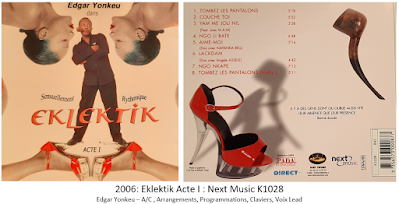 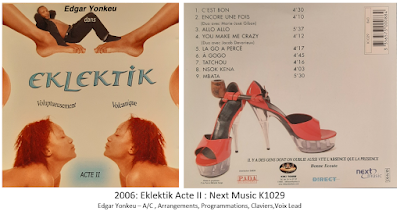